I can’t believe my first semester at college is over. It was so quick! I’m home now, in the living room, surrounded by the light of our purple and silver adorned Christmas tree. My brothers chose the colors for NYU 🙂

It’s strange to be home. But also comforting. I was feeling anxious about the break to be honest, about leaving the freedom of my dorm and Greenwich village to come back to a place where I’ve never taken myself out. But so far it’s been really nice to enjoy coffees with my mom and sister, make crafts with grandma, pass the soccer ball around with my brother, and play blocks with the youngest. It’s easy to get caught up in NYC and forget about the world outside…Likely because living there has been a dream for so long. Four months in and it still feels like someone else’s life whenever I’m walking through the Christmas Fair at Union Square, through Washington Square Park, to the Drama Book Shop from Times Square…When I meet a friend for coffee at some cool obscure place, go to a show or concert, or whenever I see a celebrity or meet someone who’s done something really cool (like bike across America).

One of my favorite things about this semester was working on an Experimental Theater Wing’s Senior Student’s Independent Project (Kevin Alexander Gallo’s). I probably mentioned this before, but I was the stage manager. The show was “Who the Hell is Heather Huffernin?” in all caps. Closing night was so satisfying. The cast warmed up to the Dawson’s Creek theme song, jumping around and yelling in the dimly lit theater before the show started, and it was the most beautiful thing. I remember thinking to myself, “Look at these artists. They’ve put so much time and energy and parts of themselves into this work, and now it’s come to fruition and they’re enjoying every moment of it. And they’ve got their whole lives ahead of them still!” I feel very blessed to have been so involved in the process. It’s an experience that will absolutely mark this time in my life.

Some other moments that stand out are going to see Perks of Being a Wallflower with a bunch of my girlfriends and Julian. We took the subway to one of the few theaters showing it, cried forever because it was so amazing, and stopped for cupcakes on our stroll back. There was the time I participated in 40 in 24 (40 plays made in 24 hours) and got to be both a crazy Puerto Rican from Brooklyn and a delicate, closeted housewife in the same hour. There was that time that my long time friend Patrick and I spent an evening together and he introduced me to some of his friends and Improv jams at The Pit, where people get up on stage in front of strangers and hope the funny comes out. There were Share Days one and two at the Experimental Theater Wing, and as they happen twice a semester, I know each will be more inspiring than the last. That time my new friend Nancy accompanied me to the Anyway Café in the Village to see a an amazingly talented friend of mine (Gary Schreiner, ya’ll) play music. The time Rupert Hitzig was in town and we filmed scenes from the Upper East Side to the Subway ride and at Washington Square Park, where Cole Sprouse was accidently in the shot three times and nobody noticed but me. There was the time my suitemate and floormates and I went to see our RA’s band open up for The Kin at Webster, and the time my brother and I went to see There For Tomorrow (AND MET THEM) and fell in love with the opening bands, like Signal for Pilot (who gave me a free EP!). There was every show my friends and I went to see, like the hilarious Bullet For Adolf, the incredible workshop of This Time, or 8 Million Protagonists, where my friend Sofie Zamchick’s music was featured.

A lot of good things happened. And though some bad ones did, like familial tragedies and extremely bad weather and trouble in the land of academia, I would say that the good outweigh the bad. I don’t want to be someone who holds on to the negative and forgets to be grateful for the positive things. And I have to look forward, to what I can change to make life better next semester.
Living ‘on my own’ has been a lot more hectic than I thought it would be. Sure, I do laundry and prepare some meals, and that’s not that difficult, but I realize that I need to be more organized and prioritize my life to be able to balance it out the right way. There can be room for everything- especially if I make a commitment to make the room. 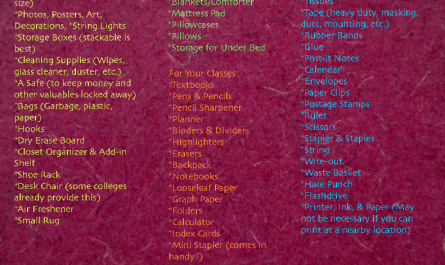 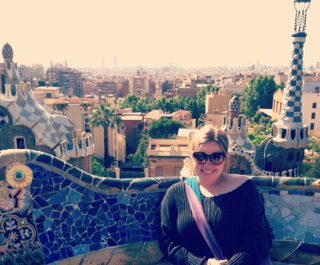 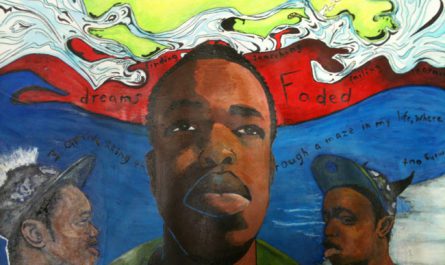