So far, I’ve been accepted to the University of Minnesota, University of Saint Thomas, Montana State University, and University of the Pacific. Each college offered me some sort of renewable scholarship, with the University of Saint Thomas and University of the Pacific offering the most. I’m still waiting on a few more colleges, but I think I’ve pretty much made my choice. And here come’s the big decision we’ve all been waiting for… I’m 99.997% sure that I will be confirming my enrollment at the University of Minnesota within the next week. AHHHH, exciting! But let’s be honest, we all saw this coming. For the past year, everybody has told me that I’ll end up going to the U, and I always said they were “probably right.” I certainly don’t regret keeping my options open and applying to some out-of-state colleges; it’s always good to have various choices and opportunities, and you never know what kind of scholarship they might offer you. If you get rejected, then hey, at least you don’t regret not going there because you know that you weren’t accepted in the first place. The universe is probably telling you something, and it was that you’re better off not going there. So look at it as a positive thing! 🙂

You might ask, “Why the U?” Oh boy… I could talk for hours on end about this school! For now I’ll just have to highlight some very significant reasons. First of all, it’s the best financial option for me. Although the U gave me the smallest scholarship, each of the 7 other colleges I applied to would end up being double, triple, or yes, even quadruple the tuition. By staying at the U, I’ll be saving tens of thousands of dollars, which can be put toward other opportunities. Plus, I will keep ALL of my credits, and will be completely done with my general requirements. I won’t have to deal with trying to transfer some of my credits, and trying to count them as general requirements at another college instead of just electives. While it would be very nice to go out-of-state and experience a completely different atmosphere, I’m totally fine with staying in my home state for another few years, especially knowing the price difference!

The U has pretty much EVERYTHING. Knowing a lot about the opportunities before entering my official freshman year really gives me an advantage because I’ll know in the fall which kind of student groups I’ll get involved with, and what kind of academic programs they have. As described in previous blogs, I’m primarily interested in environmental science and journalism, which are both offered. If I was to suddenly change my mind, the U would have me covered; they offer 180 undergraduate major programs, with 142 minors. The U is a very respected school in general, and has just every opportunity I could want, from student-produced media, to the many film and sustainability student groups, to the undergraduate research programs and internships. I also plan to take advantage of their learning/working/volunteering abroad programs, and by saving money, I’ll have the opportunity to go more than once!

There’s an undeniable Gopher pride atmosphere at the U; it’s a BIG TEN university, after all. I’ll have the opportunity to go to many sporting events such as basketball, football, baseball, swimming, hockey, etcetera, and each one will have a huge crowd. It’s definitely a lot of fun to be a part of something like that. I attended the Gopher basketball game against Indiana last month, and the energy from the student section was AMAZING! They ended up beating the number 1 team in the country for the first time since 1989! I’m telling you, it was because of the Gopher pride in The Barn (Williams Arena) that night. Attending a smaller university might not have this type of atmosphere, especially if sports aren’t as prominent or well-known. I wouldn’t like that at all; I want to attend a college that’s united in their student spirit!

Being a university with 3 campuses (East, West, and Saint Paul) and having the population of a small city, there are always plenty of people to meet. I already know many people there (which is another plus!), but it’s a rare occasion to bump into one of them unless we plan to meet up. The size might be looked at as a downside, but the way I see it, there will always be new people to meet and connect with. It’s also pretty much impossible to be a “cliquey” school. There’s just about every type of person you would want to meet. The campus may seem huge, but it’s very easy to get around on foot, bike, car, and public transportation. That being said, there are plenty of places to study, hang out, get food, see a movie, etcetera. There’s also the option to go shopping at the Mall of America or Rosedale Mall (even closer!). The U is conveniently located miles away from doing just about anything you would want to, whether it’s see the Minnesota Twins play, go to a concert at the Target Center, Xcel, or Fine Line Music Cafe, or check out some tasty restaurants.

The only thing I have to complain about the U is that it’s cold during the winters (although that’s not a very good complaint; I’ve lived in Minnesota my whole life!) and the fact that it’s not somewhere new and different (which again, I can’t really complain about). Yeah, walking to classes can be freezing in the winter, but I’d much rather wear a sweatshirt and long pants than shorts and a T-shirt, and hot drinks and a fireplace are definitely a plus! It may not be Chapel Hill, North Carolina; Bozeman, Montana; or Berkeley, California; but it’s still a fantastic university that I know I’d be happy at, and that’s what really matters. I have no idea if I’d be happy at the out-of-state colleges I applied to, because I never got the chance to visit. As much as I’d want to try out somewhere new, the U will always be home to me, and I’d like to stay close to home for at least a few more years.

Before entering my junior year as a PSEO student, I wasn’t even going to apply to the University of Minnesota. After taking courses there and actually experiencing what the campus life is like, I couldn’t believe how much I enjoyed it. When I visited other Minnesota colleges, I knew right away whether or not I could see myself there; it’s crazy how much an in-person college visit can do for you. This just goes to show; consider ALL of your options! If you’re still undecided, or waiting until May 1st to make your official decision, I definitely recommend doing another college visit and if possible, an overnight stay. If you’re not a senior yet and you’re starting to make a list of potential colleges, don’t judge a university JUST based off of its ranking or location. I used to think of the U as just another “okay” Minnesota college; until I actually learned about and experienced it. Best of luck to any seniors still making their decisions, and to anybody else who is thinking about the college application process!

View all posts by Annamarie → 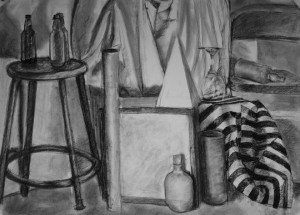 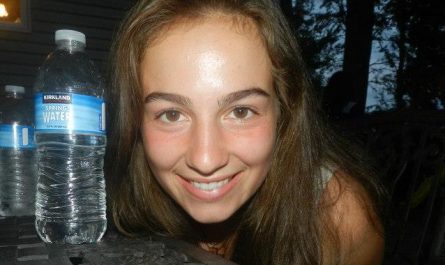 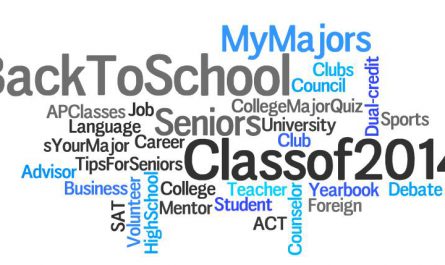 Back to School Tips for Seniors