May The 4th Be With You!

At the end of the year, the seventh installment of the Star Wars franchise hits the big screen. In thinking about the iconic characters of the first couple of films, a crazy thought hit and the question arose as to what each character would pursue as their college major. So in a creative mindset, let’s have some fun.

Logistics Material and Supply Chain Management Major
OK, Han Solo is a smuggler from the manufacturing planet Corellia, but as an effective smuggler, he clearly understands enterprise, ranging from acquisitions to receiving and handling, through internal allocation of resources to operations units, to the handling and delivery of output.

International Relations Major
Leia is a tough young woman who wants peace. She aims for linking societies and cultures. With a major in International Relations, students study the relationships among countries, governments, peoples, and organizations all around the world. Learn about global issues from a variety of perspectives-issues including war, poverty, disease, diplomacy, democracy, trade, economics, and globalization. International Relations is a multi-disciplinary major that draws from politics, history, economics, law, sociology, psychology, philosophy, ethics, and geography.

[blockquote source=”Receive a list of recommended Majors, College and Careers for free”]Looking for a Major Take the College Major Quiz – Start Now[/blockquote]

Criminal Justice Major
The Jedi are trained to be peace keepers throughout the galaxy. They are governed by ethics and moral values, skilled in the ability to identify and analyze social problems and develop solutions and a clear knowledge of legal structure.

Religious Studies (undergrad) and a Master’s in Business Administration
Initially, Darth Vader was a Jedi and devout to the old ways. Religious studies, like other liberal arts majors, provides anopportunity to think about the core beliefs of civilizations past and present. Business administration/ management probably would have served Vader better during the days of the Emperor with the Death Star construction. After all, creating and perpetuating a successful business has always been a challenge. And in the only-the-strong-survive world of modern business—rampant with new, ever-advancing technology—managers need unshakable knowledge, top-notch training, and a serious set of skills.

Sustainable Agriculture/Farming Major
An agricultural program focuses on agricultural principles and practices that enhance environmental quality, make efficient use of nonrenewable resources, integrate natural biological cycles and controls, and are economically viable and socially responsible; and that may prepare individuals to apply this knowledge to the solution of agricultural and environmental problems. For the sustainable aspects, students learn to see agriculture as a partnership with nature. Mining Management Minor and Business Administration Major
A mining engineering degree program is to train students qualified to perform the various functions typically exercised by mining engineers: plan, design, operate, and studies in several basic areas, including thermodynamics, electrical circuits, hydraulics, strength of materials, etc.; and the design experience is capped in the senior capstone design course: a mine feasibility study. Then coupled with a degree in business, Lando could run Cloud City.

Philosophy Major
Studying the field of philosophy includes the range of possible reasons that have been given for adopting one or another of these answers and the objections these reasons are subject to … training in the practice of philosophy means training in stating views, seeking alternatives, understanding arguments and critically evaluating all possible views. The study of philosophy develops many skills, including critical thinking, evaluation of chains of reasoning, construction of chains of reasoning, and consideration of many different perspectives on a single subject.

Kellie Houx is a writer and photographer. A graduate of Park University, she has 20 years of experience as a journalist. As a writer, wife and mom, she values education, arts, family and togetherness.

View all posts by Kellie Houx → 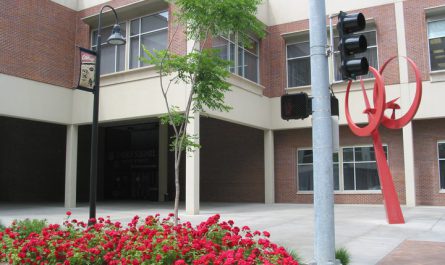 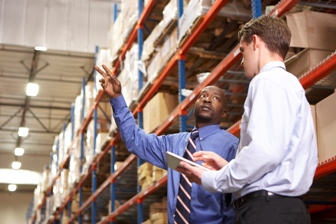