Ghosts, zombies, hauntings … oh my. With Halloween just around the corner, we’ve collected our Top 5 spooky, creepy college courses. If you aren’t afraid of the dark, the paranormal, the living dead or just the dead, these classes might be right for you.

1. Supernatural Storytelling: Ghost-lore, Occult Legends & and the Politics of the Paranormal at Harvard University

In “Supernatural Storytelling: Ghost-lore, Occult Legends, and the Politics of the Paranormal,” Professor Lowell Brower and his students, aka supernatural storytellers, discuss the impact of supernatural discourses play on people’s everyday lives, politics, spiritual beliefs, and ritual traditions. He aims to explore “the ways in which otherworldly discourses dictate actions and ideologies in this world” according to an interview with You can find more Folklore & Mythology classes at Harvard, such as History of Witchcraft and Charm Magic, here: https://folkmyth.fas.harvard.edu/.

2. The Haunted Screen: Understanding the Horror Film at the University of Arizona

This course dives into a variety of horror films from different countries and time periods with the intension of seeking answers to questions like: what has scared us throughout history? How do our individual backgrounds shape what scares us? What can similarities and differences among horror films from different parts of the world tell us about different cultures? How do filmmakers employ film style and narration to most effectively scare us? And why do we like to be scared in the first place?

3. The Undead South: Horror & Haunting in US Southern Literature at Dartmouth College

“Undead” tropes encompass numerous varieties of posthumous horror: the dead rising from graves; mourning and funerary practices; the glorification of lost causes and heroes; the excavation of unsuccessfully repressed crimes and bodies. This course explores the many forms of horror and haunting—racial, cultural, historic, economic, political—in the region known as the U.S. South, a national space where the possibilities of regeneration are continually thwarted by the aftershocks of a harrowing past.

4. Satan in the History of Ideas at Uppsala University

This course, offered by the Department of Theology, studies the history of ideas about the figures of Satan from the 4th century BCE until the 7th century CE. It also looks at the social concept of the Devil, how he has been represented and the different attributes and features of him.

5. Witches and Witchcraft at Georgetown University

This seminar investigates the phenomenon of witchcraft in premodern Europe, especially the witch persecutions of the seventeenth century. To what extent was “witchcraft” the projection of societal anxieties and stereotypes? Even today, after many decades of scholarly research and analysis, perhaps the only point of universal agreement is that no single explanation fully grasps the phenomena of European witch belief and persecution in all their multifaceted diversity.

Alexia Lang holds a journalism degree from the University of Missouri. Lang has worked in newspapers, magazines, radio and blogs, producing award-winning content centered around community and the arts.

View all posts by Alexia Lang → 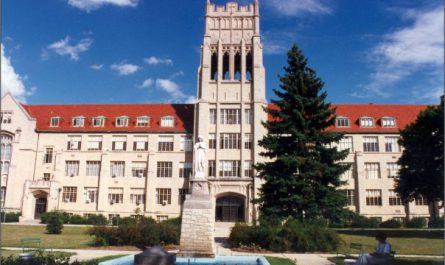 How a Women’s College Can Benefit You 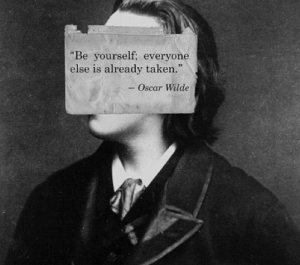