If you’re a senior like I am, you’re probably extremely stressed out right about now. Figuring out future plans, completing college applications, doing essays (and essays and essays and essays..), homework assignments, preparing for quizzes and tests, working multiple jobs, volunteering, taking part in after school activities, registering for spring semester classes, upholding family responsibilities and trying to fit in social events; it goes on and on. Plus, being distracted with apps like Tiny Tower and Cut the Rope is just no good for my focus on anything. I’m thinking that we all could use some stress relievers, so I’m going to include some films to watch, recipes to make, and music to listen to. Three of the best things in the world! 🙂

Films To Watch Over Winter Break

It’s hard to find unique, unseen holiday/winter films.. but what’s wrong with seeing the classics every year? I re-watch many of these movies each holiday season, from the start of December to New Year’s! Looking at holiday lights from my windows while watching one of these films, complete with a fire, blankets, hot tea, and cookies… it’s definitely one of my favorite parts about the winter season. If you’re into fantasy films: The Nightmare Before Christmas (1993), How the Grinch Stole Christmas (2000), The Chronicles of Narnia: The Lion, the Witch, and the Wardrobe (2005)

Maybe you’re not into the holiday/winter-themed movie options. If so, try watching a few of these films instead. Many of these are very well-known, but they’re some of my favorites!

Don’t forget about the movies coming out in theaters! During winter break, I’m looking forward to going to see Django Unchained and The Hobbit: An Unexpected Journey.

Quick, Easy Recipes to Try Out
Crock-pot Apples
These are wonderful for the cold weather, and taste even better with ice cream. What to Do:
1. In a large bowl, mix the brown sugar, butter, walnuts, and cinnamon.
2. Fill the apples with the brown sugar filling and place them in the crock-pot standing up.
3. Pour in the apple juice/cider into the pot, surrounding the apples.
4. Set the slow cooker on high for 3 hours, then cover and cook the apples for 2 and a half to 3 hours. After 2 hours, you may want to check how they’re doing. When they’re soft and about to fall apart, that’s when they’re good to go.
5. Turn off the slow cooker, take out the apples, and serve them in bowls. I recommend to serve them with ice cream!
White Hot Chocolate
This is incredibly easy, and incredibly tasty!

What to Do:
1. Put however much white chocolate you want in a cup

2. Heat it up the microwave, and as it gets soft, pour some milk ¾ up to the top of the cup.

3. Heat the cup up until it’s hot (about a minute), mix it up to distribute the chocolate, and then top with whipped cream and marshmallows. I added cinnamon to mine, so feel free to add extra spices and whatnot if you’re feeling experimental.

Everything Cookies
It was my last real year to trick-or-treat as a kid. So yes… I took advantage of that opportunity and I went as a zombie Dorothy. I ended up having a lot of leftover candy, and decided to make some cookies! What to Do:
1. Preheat the oven to 375 degrees F.
2. Mix together the butter, white sugar, and brown sugar in a large bowl.
3. Then add the pudding mix, eggs, and vanilla, and stir well.
4. Add the flour and baking soda to the mixture, and stir well.
5. Mix in the chocolate chips and candy (a little at a time) and stir well.
6. Drop spoonfuls of the dough onto ungreased baking sheets.
7. Bake the dough for 10 to 15 minutes or until the cookies are golden brown (mine were quite large globs, so it took a bit longer)
8. Remove and cool on a wire rack for a few minutes, then eat!

Crockpot Mac n Cheese:
When I get home from school, work, or wherever I am, I’m always very hungry. I check the fridge and cupboards over and over again, only to be left unsatisfied. The other day before I went to school, I put on a pot of mac n cheese. When I got home four hours later, it was done, hot, and ready to eat! It was fantastic, and gave me something to look forward to during the morning. Just so you know, this mac n cheese is more like a southern-style, baked mac n cheese; not your usual Kraft! 1. Spray the pot of the slow cooker (get the bottom & sides!)

2. In a medium-sized bowl, whisk together the milk, evaporated milk, egg, salt, and pepper. Pour that mixture into the crockpot.

3. Add the cheese and uncooked macaroni into the pot, then stir.

4. Turn the slow cooker on low and cook the mixture for 3 to 4 hours. Make sure to watch over it, or the sides will become crispy.

And that’s it! When it looks good, turn the pot off & serve right away.

Some Tunes to Check Out Over the last few months I started listening to the band Walk the Moon. They’re now one of my favorites, and that means a lot coming from me; I only say I have a favorite band if I actually enjoy all of their music. They’re coming to Minneapolis in January, and I made sure to get tickets the minute they went on sale! If you don’t already know of The Black Keys, you should definitely look into their music. I’ve seen them twice live and they’re amazing; another one of my favorite bands!

Soundtrack to the End: Communist Daughter
Link to song: http://www.youtube.com/watch?v=qVZdkFyiszY

Itchin on a Photograph: Grouplove
Link to song: http://www.youtube.com/watch?v=7lx6qW4O0Ko

Where I Come From: Passion Pit
Link to song: http://www.youtube.com/watch?v=2qxaLqJmW50

You Are A Tourist: Death Cab for Cutie
Link to song: http://www.youtube.com/watch?v=p8lwAJJpyt4

Don’t Gotta Work It Out: Fitz and the Tantrums
Link to song: http://www.youtube.com/watch?v=8h-rwXG8zWs

R U Mine?: Arctic Monkeys
Link to song: http://www.youtube.com/watch?v=cHPyYjr0oaA

Junk of the Heart: The Kooks
Link to song: http://www.youtube.com/watch?v=AxLkySqNScs

Chop and Change: The Black Keys
Link to song: http://www.youtube.com/watch?v=dyN69CO4Ex8

Lykke Li: Love Out of Lust
Link to song: http://www.youtube.com/watch?v=i00_qTtyxWM 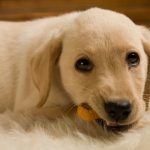