Let me say this, firstly. I am so full I’ve had to change into sweatpants…and the last time I  ate was for my massive lunch more than five hours ago, sans any more food since then. So evidently, lunch has had a lasting effect on my tum and me.

But let me start at the beginning.

Today was our first day trip of the new semester! Where did we go?

Well, I don’t have a wonderfully geographic sense of anything (I’m useless with directions – ask my mom…or anyone for that matter), but I know that if you drive in the direction of Charles de Gaulle Airport and keep on going, you get there somehow.  See? I paid a tiny bit of attention on the bus!

We all met in the lobby around 9 to head to Trocadero so we could board the buses. Florie quite dramatically announced that it was -8 degrees celsius outside, so we all immediately layered ourselves in every jacket/sweater/hoodie/undershirt we could find, threw on about 5 scarves, two hats, earmuffs, gloves, five pairs of socks, boots, and two pairs of pants.

What I actually wore: two pairs of pants (that part wasn’t a lie), about 4 long shirts, a humungous dress/robe/knit thing that does not have a name I guarantee you (kind of like a woolen sleeping back with arms), my coat, a scarf, my hat, my gloves, my boots. Regular amount of socks (=1 pair).

The reason for this was that we were aware that things get colder as you travel further out of Paris and into France (particularly going north), so who knew how cold it was going to be? Plus, the tour of the Abbey we were going to was undoubtedly going to be outside for most of the time.

So we bustled onto the metro despite morning traffic, and found ourselves at Trocadero nice and on time.  As we were making our way around the big traffic circle there, we walked right past the classic view of the Eiffel Tower (from Trocadero looking down), and it was definitely one of the most glorious sights I’ve ever seen. The sunrise, now white, was coming up just behind the tower, illuminating the shiny tiles and gold statues of Trocadero, and creating a big, towering, silhouette of La Tour Eiffel. Cameras came out everywhere. Including mine, of course. The resulting image will be posted above.

After this majestic grandchild-story moment, we found ourselves on the bus. We spotted Nadrah and Sika and that whole motley crew in the back, taking up the five seater, so we all plonked ourselves in that general vicinity. I started off trying to get some reading done for Cultural (we’re reading Erec and Enide), and I made quite a bit of progress, but then got incredibly car sick. So that got tucked into the seat pocket, and instead, out came my iPod. Sofia fell asleep, I stared out the window, looking at the plains and little stone houses of untouched French paradise.  Even as we pulled out of Paris, I realized how much fun looking at Paris is from the view of a bus.

You’re just a little bit higher than when you’re walking – almost level with some of the tall statues, the colorful trees (some bare, because it is winter), and the classic French architecture of apartments in the 16th.  Paris is so typique sometimes.

After a good hour or so, we arrived at L’Abbaye de Royaumont! A little bit of history (source: the little informational form Laura handed us when we were on the bus) – *clears throat* “Saint Louis founded the Abbey of Royaumont in 1228 and stayed there many times. Monks lived there until the Revolution, after which the community was quickly reduced from 120 to about 20 and then 10 monks, while the buildings were abandoned. Starting in the 16th century, Royaumont was headed by a series of abbots, many of whom took a liking to it and made it their summer residence. The last abbot, Cornut de Ballivieres, built a magnificent palace, but fled before its completion.

The church of Royaumont was destroyed in 1792. The new owner of the Abbey, the Marquis of Travanet, used the stones of the church to build workers’ quarters in the park for the cotton mill which he installed at Royaumont. While the old architecture was mistreated for the sake of the factory, a Romantic taste for old ruins and the social life of the new occupants attracted the Paris upper-crust bourgeoisie. In the second half of the 19th century, sisters from the Sainte Famille de Bordeaux undertook the restoration of the abby, guided by the idea of rebuilding the original Gothic architecture and working for the glory of Saint Louis.”

Pretty cool stuff. Even cooler because in Cultural we’re studying texts from the Middle Ages, and in class the other day we were just going over some information from our massive Bible of an Art History textbook, which happens to talk about Louis and how he straight up bought himself a bunch of Jesus’ relics, including his crown of thorns.  Because he loved it so much (as did everyone then, since owning a relic was today’s equivalent of having the Olsen twins’ cash multiplied by seventy-five), he decides, “Hey, let’s build the entire Sainte-Chappelle!” just so he could house these thorns that were probably just pulled of a bush somewhere in Constantinople.  But you know.  At least wonders of architecture like the Sainte-Chappelle exist, because it really is beautiful. I need to actually go and see it – it’s not far from here. All I’ve seen is Notre-Dame (all the time because it’s one of the things I use to orient myself, besides the Seine, Eiffel Tower, and Sacre Coeur), and they’re supposed to be pretty similar.

But L’Abbaye de Royaument, a more simple creation, is still quite incredible. It had this beautiful pond just out front, frozen over from the cold. We went to the site where the church used to be, walked under its exquisite arches beside a courtyard, and were thankful to enter a room filled with stained glass windows, tapestries, and statues, just so we could escape the cold. Even with gloves on I had to keep my hands in my pockets the whole time.  Later, in the bathroom, Natasha realized that if you stuck your hands underneath the dryer, your fingers could defrost. Soon everyone was doing just that. Not long afterwards, people’s boots were coming off so toes could be defrosted as well.

We were all extremely excited when our tour was over and it was finally time to FEAST! Not just because we’d all been anticipating this meal for approximately two weeks, but because we were just dying to get warm again!

We ate slap bang in the middle of the Abbey, and it looked like a castle. I feel like we always eat in castles.

Four courses of the most delicious nourriture anyone could ask for.

Pictures above, of course!

I sat at a round table with Elodie, Sofia, Iszy, Florie, Brianna, Amelia, and Natasha. We stole bread off other people’s tables, the wine went fairly quickly (both red and white – ooh la la!), and I almost melted inside when I took my first taste of the pistachio ice cream we had for dessert. We talked about hypnosis and going to New York’s NYU (as in, the main campus), and how soon we’ll have to figure out housing arrangements and all that.  Every now and then we’d go visit Jaime, Costanza, Breezy, and everyone else who were at a table nearby. At one point, I ended up on Jaime’s lap and Sofia took a video of us doing that thing where one person puts their hands behind their back, and the other person does the hand gestures for them by sticking out their arms. Jaime was the hands, and I was the person. It was amusing.

Before we knew it, we were back on the bus. Everyone fell asleep now.

I tapped Ray who was sitting in front of me to show him how Sofia kept rolling off my shoulder while she slept. Poor thing. So cute! I took a video.

Costanza and I metroed home together (yes, “to metro” is now a verb), and then I came to my room and just flopped. I told Evan a couple hours ago that I’d intentionally run every day this week (and will be running with Les Belbows tomorrow and Sunday) just so today all I had to do was eat and flop.

I'm 18 years old, sing all the time, listen to records, own a typewriter, and take pictures galore. I am a renowned food lover, and I love to read. I dance, play soccer, love New York and Marilyn Monroe, and for the next year I'm studying abroad in Paris.

View all posts by Alice → 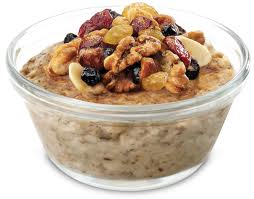 Hello, my name is Grace and my life is absolute insanity 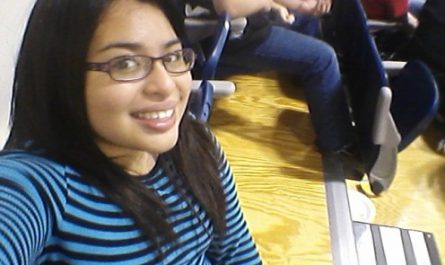 Clubs, Classes, and Work, Oh my! 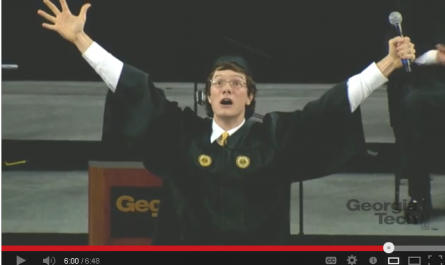 Freshmen Pep-Talk from a Sophomore