This is Jacarrea, I reached out to you on twitter (@ArianaTaveras). Anyway my dream college is Tisch school of Arts [MyMajors Page | School Page], so I started off by searching what does it take to get into Tisch. (so I can prepare early, since I need to start adding stuff on my resume, and getting more experience to prepare for the auditions,) I happened to stumble on your my majors blog and started reading it. I loved your stories by the way.The first thing I want to ask is what did you do to prepare for Tisch? ex: whats your resume like? What shows or professional productions have you been in? What classes did you take, what was your GPA like, etc. I’m glad that you’re looking at Tisch and getting prepared early – Art school is so tough to get into! But not impossible 🙂 It’s awesome that you’re following your passion.

Welp, I think I’ve been preparing to get into Tisch since middle school, probably. I started really writing in my journal, and making up stories and songs and poems to get my creative juices flowing. I would read for pleasure very often as well. Creativity gets better with practice!

I auditioned to take classes at the New Jersey Performing Arts Center in the 6th grade (where are you from?!) And stayed there until nearly my second year of high school, changing between Modern Dance classes, Musical Theater and Voice classes, to straight acting and improv or monologue classes as I got bored of one or the other. Taking a lot of different classes helped me get familiar with a lot of things we’re doing in depth now at Tisch.

I did a four week intensive one summer too, where I got to collaborate with other young artists and make an original piece to perform at the Victoria Theater, called Cirque du la Vie.

Soon after I spent a summer in Montclaire with The Crossover Project where we also collaborated in creating a work that was original and ‘crossed over’ all of the arts – we used music, dance, and acting in a format that wasn’t musical theater – it was experimental! These two summers helped me become very passionate about creating original work that really means something, and I was able to talk about this at my Tisch interview. I think this might be why I’m in the Experimental Theater Wing at Tisch. But I guess there really is no way of telling exactly.

I started a theater program in my high school because we didn’t have one and I felt like I needed it to be happy. So that ended up being where I got most of my performance experiences from, doing about two shows a year.

I also did a lot of community service in high school, and I became really interested in special causes and being connected to people, which helped me feel more at ease socially. I think this helps me a lot in interviews, and it has helped me too whenever I’ve had to give a speech or talk in front of a large group of people. I lost jitter bugs.

I could say the same for playing soccer and practicing karate. They both helped me build a physical confidence in myself. I wasn’t that great at volleyball, but that taught me to be comfortable failing in front of a crowd. And believe me, that’s a good thing 🙂

And academics. Those are super important. NYU likes not just talent, but hard workers. So I studied hard and even took APs to get my scores up as high as I could without compromising my community service time and theater prep.

More specifically, the year before, when I knew that this was definitely the place I wanted to go, I did a couple of things:

– I signed up for a voice class once a week, and closer to auditions I started working on specific songs.

– I started taking stock of all of my past performances and extra-circulars so that I could write a resume that didn’t have everything in it, but the things that I was most proud of.

– I went to an Audition Intensive Workshop at the American Academy of the Dramatic Arts for two weeks in August to get a more professional perspective on how to do real-world auditions. I took song interpretation, searched for and practiced monologues, and got to know some cool people – one of who now attends Tisch too!

– I started going to the gym with my mom to get fit and comfortable with myself so that I could dance a little more lightly, more freely.

– I got a subscription to The Hollywood Reporter and started reading Backstage Magazine cover to cover so that I could be up to date and totally familiar with what was going on in the business.

– I read some interesting soul searching and self help books.

– I read some interesting books in general, like Ana Karenina.

– I got more involved in my community service ventures than ever.

– I took a trip to London with my English class.

Basically, I did the things that interested me, the things that I knew I would like to pursue in college. The truth is, though I knew I wanted to Tisch, I didn’t quite know what major I wanted to go for, and that’s tough because for Tisch you MUST know what you’re sending your application in for. [SHAMELESS PLUG FROM THE EDITOR: Take this quiz to FIND your major]

I considered going in for film and dramatic writing as well as musical theater before I knew in the end that the Experimental Theater Wing would be the most helpful to me. The funny part is that you don’t choose your studio, but the school puts you where you best fit. And I fit in ETW.

I auditioned for The Musical Theater program in the end because if you don’t get into that, they still consider you for any of the other studios. So I wanted them to see that I wasn’t just an actor – I could sing and I could move well, and in the interview I spoke about what I really cared about, and I think that’s what really clued them into where I belonged.

I’m here if you have any more questions – I hope that this was helpful! 🙂 Sorry if it was too much xD 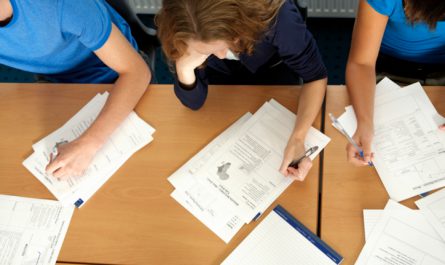 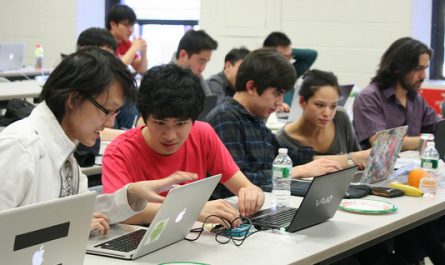