It’s the holiday season and you know what that means … a Baggins is having an adventure!

Back once again for a holiday release is the second film installment of J.R.R. Tolkien’s classic novel “The Hobbit.” Helmed by the one true master of modern day Middle-Earth, Peter Jackson, The Hobbit: The Desolation of Smaug will lay waste to all other films this weekend by upping the ante on action, character development and fun.

Picking up nearly immediately where The Hobbit: An Unexpected Journey ended, fans will find their heroes still on the run from their enemy and trying, every so desperately, to fulfill their quest and reclaim the Dwarf’s kingdom under the Lonely Mountain. However, with hints of a returning evil, a landscape divided by racism and our primary hero burdened with a new “precious” item, the path is getting more and more dangerous.

Much like my reaction to Lord of the Rings: The Two Towers, I was blown away by the enhancement to storytelling that this sequel brought to the trilogy of films. While I both enjoyed Fellowship of the Ring and (more after a second viewing) An Unexpected Journey, as first installments, they ended in a way that didn’t really make me scream for more. Not the same here. As devices, both films were burdened with the need to set up all angles, motivations and characters – however here, everything is ready, set, go and much like Two Towers, Jackson brings a higher degree of action (not to mention creepiness with what’s crawling through the Murkwood) to the story.

With all of the cast set in place, it’s clear that everyone is comfortable as their characters. Most of all Ian McKellan as Gandalf the Grey. Once again, his presence is outstanding and while the audience may know what’s as stake, his discovery and investigation into the lurking evil is extremely interesting and fun to watch. At the same time, Martin Freeman as Bilbo Baggins is fantastic and his ability to show a variety of emotions in one scene is both heart-breaking and amazing. Freeman clearly commands the screen every time he is featured and his wonderment at his new experiences and curiosity become your own as an audience member. Along with that, Richard Armitage at Thorin once again brings a different air of royalty and honor mixed his blind devotion that make you both root for him to succeed and hate him for his narrow-minded focus.

One of the biggest surprises, for me, was how much the presence of Orlando Bloom (returning as Legolas) and new character Tauriel, played by Evangeline Lilly, would blow me away. Hardcore fans of the novels will find their inclusion offensive and find endless ways to complain, however, watching them go all Elvish on a pack of orcs was pure eye candy and, in opinion, they add a nice new level of tension to the overall tale that connects the larger implications of the Dwarfs and their quest to Middle-Earth.

However, most of all, Lee Pace. As King Thranduil, Pace brings a fear and sadness that is never really shown from that type of character. Working so hard to not show his fear of what is quickly devouring his land, Pace walks that fine line between confidence and crazy.

Sadly though, most of the Dwarfs still go unnoticed. Save for Ken Scott (Balin – Thorin’s advisor), Graham McTavish (Dwalin – the tallest and badassiest looking member of the group), James Nesbott (Bofur – the one that looks like the guy who played Jekyll – hint, he did play Jekyll) and Aldin Turner (Kili – the one who has, um … “forest fever”) the rest are still just background noise with Stephen Hunter (Bumbor) only getting the spotlight for site gags or an occasional “barrel roll” – you’ll get that reference when you see it … and you will go see it.

But wait … what about the dragon? What about Smaug? That’s a bit of a spoiler in my opinion and he, voiced by Benedict Cumberbatch, is worth the wait.

Visually speaking, everything about this film is gorgeous. From the larger than life sets, the lush backgrounds of the country and the amazing make-up and visual effects, fans of the series will not be disappointed. However, there are times, because everything is so painstakingly beautiful, that it is hard to track what is going on and moments can get somewhat lost. This may be an issue only with the 3D viewing of the film but I do feel it is important to point out.

Overall as a story, I was greatly annoyed in An Unexpected Journey by the time it took took for all the characters to get moving and only to be met with multiple moments of walking, talking, singing or lamenting. Was it important for the story? Yes. Did it make for compelling viewing? Not at all (for most). However, in Smaug, my reaction is the complete opposite. I appreciate the time that Jackson takes with each portion of this story and building out moments that were glossed over in the book so that they are more integral to the growth of the different characters.

Clearly, I enjoyed this film. Acting, story and visual effects come together so well that you can almost forgive the flatness from the first film. By pushing the characters with more action, higher degrees of danger and a near flawless attention to detail, Jackson and his team have brought a Hobbit film that nearly edges the brilliance of Lord of the Rings. This is a film that I would recommend to anyone and everyone and I am already planning my second viewing. I was very skeptical of how (or why) Jackson would decide to break this one story into three parts, but with the level of anticipation that I was left with when the film ended, I will happily close my mouth and wait for the final installment of this “precious” film franchise.

5 our of 5 Black Dragon Spears 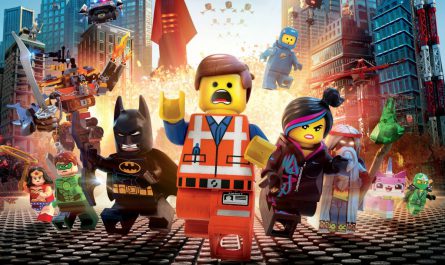 Everything Truly in Awesome