If my abilities as a communicator were more, shall we say advanced, I could perhaps relay to you, the Reader, how deeply and intimately special my summer was. However, because you yourself (I can only assume) are not a cosmopolitan and I am assuredly not even close, my somewhat primal description shall have to suit:

OH MY GOSH IT WAS THE BEST SUMMER EVER YOU GUYS.

Because I find myself painfully prone to digression, I intend to barricade against it and self-protect… with an outline of this blog before the blog itself begins. I will discuss in detail, but not to the point of disinteresting you, the events of my summer. Shall we begin?
(I am totally Khan, no big deal. That happened this summer. That movie happened. I can’t even.)

I Know What You Did Last Summer Just Kidding Here’s What I Did:

First, I will enlighten you as to my mental health. When I was told that England was, indeed, not going to happen this year (and I can assure you the pain was acute), I devised a series of distractions. The way my head works is that I must be working at all times on something, whether that be a book, a series of essays, a screenplay, a show, something to keep my brains and other internal organs from slowly turning into a kind of primordial ooze or prevent me from bashing them in with a hard-back copy of Ken Kesey’s One Flew Over The Cuckoo’s Nest (look at my obvious use of allusion and dramatic irony… am I cool yet?).

I decided I was going to read through all of Shakespeare’s plays in one summer and do in-depth studies of each work. That’s right. Every one. Each comedy, each tragedy, each history, even Troilus and Cressida, King John and The Two Noble Kinsmen (even though that was written jointly with John Fletcher and not included in the First Folio). I planned to read each play, analyze it, read essays analyzing it, see it in some way whether that be a recorded theatrical production, film, or live production, and if it applied, listen to a series of Cambridge lectures hosted by a Professor Emma Smith regarding the plays that said lectures were analyzing.

This is why it’s important to have a social life, everyone…

You are probably thinking one of two things:
1) Oh my gosh, are you okay?
2) So, how far along are you (not be be confused with the standard request in regards to pregnancy)? Well, here’s the thing. I started with Othello as I already have an affinity for it that borders on creepy… and that is as far as I got before I decided, “Heck, I am going to adapt and direct this thing.” Because that’s what sane people say. So, I took on a massive, border-line insane project because, what the heck, I was bored. I began the process of adapting, budgeting, networking, building social media outlets for exposure, hiring crew and production staff, etc. After a long and arduous process, I locked down a space, one of the top six theaters in LA, by exchanging my soul for rehearsal time. Well, not really. But really. I stage-managed one of the shows in their season and interned with their faculty for three months. But I am getting ahead of myself. I must refer back to my brilliant outline.

I began the process of learning the ins and outs of stage managing. The theatre manager, who mentored me, left about a week in to the production because she was hired to SM a production in New York City, so I was thrown into the pit of technical hell… I would not have had it any other way. It was perfect. Being thrown into the sea of chaos and being susceptible to the enticements of the god of carnage was not a first for me. I went to film school. Kind of. However, being responsible for about thirty actors, crew members, all my senior? Yes. That was new. I was given the crash course on all things theatre-managerment: Equity vs. Non-Union, stipends, reviews, press, etc. It was truly enthralling, being witness to the entirety of the process from a technical perspective. Without the Artistic Director, Mikee Schwinn, and the Executive Director, Ovington Michael Owston, at The Repertory East Playhouse, I would not have been able to have such an illuminating summer. Thank you dearly, gentlemen. Truly.

Now, on to Will, God bless him. I love Othello, deeply. Primarily for one teensy-little-itty-bitty reason. Okay, a huge reason. I love Shakespeare’s characterization of the anti-hero. He flips the entire concept on it’s head with the play’s namesake: Othello himself. We find ourselves disenchanted with the beloved Moor, and we unwillingly step into Iago’s ecclesiastical universe, where God is dead and War has taken His divine place. We try hard to fight the impending attraction, but the masochistic part of our being desires his success. We are disgusted with what we want. I adore that.

And, Iago is just an incredible role, okay?-

I operate under the doctrinal discrepancy that women should never be only that, not in Shakespeare. Because in the Elizabethan period, the gender in it’s entirety went from a Puritanical, theocratic society under Oliver Cromwell to the sexually explicit liberality of Charles II, women as a sex began to expand their operatives. They began to work in theatre as women (Nell Gwyn, for example). However, social modernity was far from what we understand it to be. We see strong female characters in Shakespeare’s work (ex. Beatrice, Emilia, Lady Macbeth), but those women were still subjected to the ideologies of the period. Even Lady Macbeth cries out with “you spirits /That tend on mortal thoughts, unsex me here/ And fill me from the crown to the toe top-full/ Of direst cruelty” (1.5.38-41). She demands a removal of femininity. Perhaps this made her easier to digest to the audience she was written for.

I digress, again. All of this to say, I believe that it is possible to adapt a Shakespearean work, bend the genders of characters, and stay true to text. Purists will say “nay”, but alas, I have not the resources to do my work any other way. I am a broke little college kid with an itchy imagination and a love for classical theatre. Shoot me.

I adapted the piece to embrace the skinhead sub-culture of 1983 England. As racial barriers began to build among skinheads (it was originally not a racial movement, but an artistic one), white supremacy began to take hold. That silent racism began to bubble up throughout the 80s and continuing into the 90s. Being an advocate for the original skinhead ideology, reflecting that artistic and musical expression can be a source of liberality and freedom, I had a deepening urge to shed light on a commonly misrepresented youth movement. I blame American History X… even though that movie is stunningly incredible. And painful. Ah. It hurts me. So, I cast through LA Casting and Actors Access, held auditions and workshops with the actors that interested me, and booked the roles. I went down to the FIDM Fashion Institute in LA where the head of Costume Design, Mary Kay Stolz (she is amazing) introduced me to her graduating class. Because of my mentor, Shawna Trpcic, (“Firefly”, “Torchwood”, “Dr. Horrible’s Sing-A-Long Blog”), I was able to make the connections to procure a rather brilliant costume designer, Lauren Howard. Without these incredible women, I would have been utterly lost.

I, of course, was not satisfied with producing/directing/coaching dialect/designing the set/etc. so, naturally, as these things go, I took the role that meant the most to me.

I do not think it ever occurred to anyone that a woman could play Iago and not detract from the role. But, according to our reviews… it worked well. THANK. GOD. You have no idea how insecure I was about that. Phew! Sometimes, we have to take extreme chances and do something new, despite what everyone says.

It all went well. We had a glorious time, and it was exhilarating to imagine these characters in their entirety. Thank you from the bottom of my heart to those who supported us! So, now I am back in school, and in another production, Anton Chekhov’s The Seagull, where I will be playing Nina. It’s been moving, to say the least. I am being forced to open myself up and be terrifying vulnerable, which is the way I like it. I am so blessed to work with our cast, and our director. What a treat! More updates (and hopefully photos) soon!

Another update! Remember how I love RADA? Like, with an almost pathological capacity? Yeah, well I talked to the head of their BA in Acting program, Geoff Bullen… because… I MAY BE GOING THERE IN JANUARY OH MY GOSH YOU GUYS. It’s a long story, but essentially, I would be attending as a RADA student for a semester. This is happening. This is real. I will update you as that happens, as well, if it progresses.

Phew! What a year! I feel so blessed to be doing what I so intimately cherish and love on such a constant capacity! I encourage you, all of you, to chase after your desires hungrily.

What you do in life stems from HARD WORK, taking chances, being bold!

It’s funny, I have found recently that some of the insights to excellence in performances are directly correlated to satisfaction with our lives: have no fear, tell the truth, and never try, just be. Be proud to be you, and be proud of the dreams you dream, whatever they are! 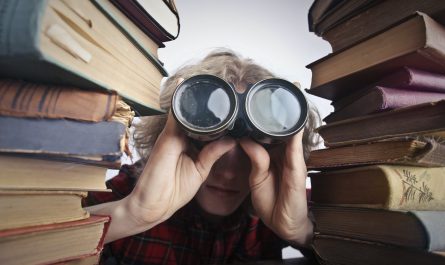 How We Judge People