You will be surprised at the answer you get if you ask most college graduates, “Do you remember how you decided on a major when you were in college?” They might have been among that small number of students, some say as few as 20 percent, who knew what they planned to major in. Or they may have been among, some say, the 80 percent who were undecided when they arrived on campus. They might also have been among the estimated 50 percent of students that changed majors more than once. My own decision was made, I must admit, rather cavalierly at the end of my first year when I got my second semester transcript. I looked at grades I had gotten in history and biology, which were my best, thought for a second, and said, “biology!” Not much thought there. But that was a few years back. There are consequences for not having a clear thought about a major.

You would think that picking a major would be simple, but it’s not for most students. High school students may be scoring higher on standardized tests, but they are no more likely to know what to major in than did their parents. To some extent, this indecisiveness is understandable. There are lots of factors that keep students from an accurate decision on majors they should consider. Among these are:

Many counselors and many self-assessment instruments focus on careers or personality types, which typically do not suggest clearly which majors to take. One can become a lawyer or a physician, for example, by having taken a variety of undergraduate majors, and knowing that you are a certain personality type, scientific and introspective, for example, leaves one at sea with respect to picking a major.

Counselors, especially new counselors, may not be well versed in what it takes to succeed in the variety of majors available to students. Virtually all of them have a sense for what makes a student a candidate for education, but for engineering? Geography? Anthropology?

In high school, students only see a limited number of disciplines. In small schools, in particular, the choices of electives are limited.

Students spend lots of time applying and getting admitted to the college of their choice, but they spend little time researching majors or thinking about what should go into their decision. They may even attend a college or university that doesn’t offer a major that would be best for them.

This problem is easily, but, to my mind, incorrectly, disposed of by parents, as well as by counselors, who say, “Don’t worry. Just start taking courses and ask around. You’ll find a major that you’ll like.” There are lots of problem with this perspective in spite of its prevalence. The biggest problem is the cost of delay. Many, if not most, majors are planned by college faculty around sequences of required courses that take 3 1/2 to 4 years to complete, if you stay on track. If students decide that they want to be a business, engineering or a computer science major, for instance, they’ll see that at most schools, they should have started on the initial courses in the first year or even the first semester.

What happens if students don’t? Unless students are really lucky or they can go to summer school, they end up in college, not for the four years they budgeted for, but for five years. At a private college, the College Board says, tuition alone for a fifth year at 2006-2007 rates can cost students, on average, $22,218, and at a public institution, $5,836. This cost is increased in some states that are beginning to charge higher tuition rates for students who exceed maximum levels without having obtained a degree. Throw in the cost of books, living expenses and, shudder, the lost income of a year in which students could be making a professional salary, and soon the cost adds up to a $75,000 penalty. An average graduating student already has a debt level approaching $25,000. The worst-case scenario, perhaps, is that a student, unmotivated by the presence of an appropriate major, drops out with two or three years of debt and no degree.

What should students do when they are willing to spend more time trying to decide on a major before they have wasted time unnecessarily? Here are some ideas:

Assess why students are having trouble selecting a major and find a strategy to deal with it. “I just don’t know” isn’t a reason. Are students not aware of the options? Review college catalogs. Do they have trouble making decisions in all areas of your life? Maybe a counselor is needed to help them analyze why they delay on decisions. Do students have too many good possibilities? Start narrowing down the field, perhaps by starting on the major that has the most prescriptive course sequence requirements.

Several web sites provide information on university majors. MyMajors interviews students, assesses their values, grades, test scores and which courses they enjoyed or did not enjoy. It then recommends majors for them to consider.

College Board, Princeton Review, MyMajors, and a number of university sites (try a search on “Find a major” with a search engine) provide information pages on a variety of majors. Are your students interested in a particular career? Have the students talk to some professionals in the field and find out how they got where they are today.

If students are thinking about a career, i.e., a specific profession, they need to find out what majors most lend themselves to successful employment in that field. Sometimes the majors are very limited (e.g., to be a civil engineer, you have to major in civil engineering), while others accept students from a variety of majors. For example, if a student wants to be a lawyer, the student can come from almost any major and still get into law school.

There are several types of advisors on the college campus to assist students.

First, have students discuss their thoughts and issues with a university-level advisor. They have a broad perspective. They are educated to help students understand their capabilities and interests and to help you identify productive routes to pursue. Advise students not to wait until they arrive on campus in the fall to meet with an advisor, however. They are so busy helping students register that they don’t always have time to offer broader goal-setting assistance to new students.

If the student has selected a general area of interest, say business, health sciences or liberal arts, typically that student can meet with an advisor in that college..

If the student has narrowed down the search to a particular department, by all means, advise the student to talk to some faculty and students in that department to see if the student really understands what it takes to succeed in the major, if the courses seem interesting, and to determine what the initial courses are that the student should consider enrolling in.

High school counselors are a definite resource, and if the student wants intensive support, there are many independent, fee-based counselors who will work with the student on lots of aspects of picking a school, preparing an application for acceptance, and choosing a major. They specialize in helping students find the right path.

Attend the orientation sessions presented for incoming students. These sessions usually include discussions related to choosing a major.

Many schools offer for-credit, first-year experience seminars that are designed to help students adjust to college life. They generally include components that deal with major selection.

If you desire your students to graduate college, you will have to help your students find a major that they enjoy and can be successful in. The sooner the student commits to finding the right major, the less anxious the student will be.

Dr. Fritz Grupe, Ed.D. is the founder of MyMajors, Project Manager of MyCCMajors (National Science Foundation SBIR grantee) and professor emeritus in information systems from the University of Nevada, Reno. He received his Ed.D. from the State University of New York at Albany.

View all posts by Fritz Grupe → 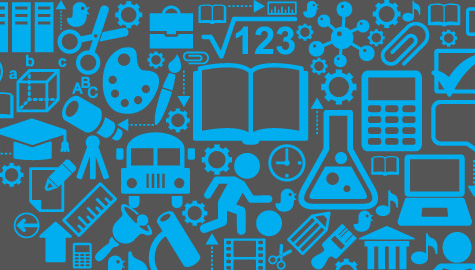 Choosing a major that’s best for YOU